“We’re going to testing them each one by one to make sure they are all functioning properly after the storms we’ve had recently,” Derrick said. “The electricity was off in some parts of town and since those sirens are on the power grid, we want to make sure none of them have blown breakers or fuses.”

Derrick said all of the city’s alert systems, including the sirens, worked perfectly during the last storms that moved through the area. There are no storms predicted for the rest of the week and the city is taking the opportunity to test the sirens in good weather. However, this raises a question of what happens when the power goes down. 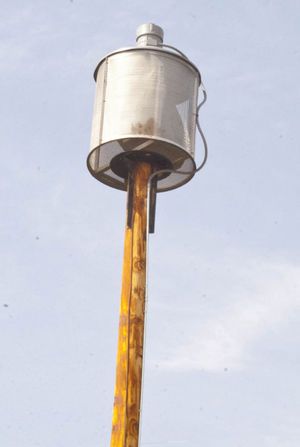 Derrick said it’s always good to have a plan in place for storms. Officials recommend everyone have a plan for when storms hit – have at least two methods of getting storm information (i.e. sirens, weather radios, phone alerts), know a safe location where you’re going in the case of a tornado and have a storm kit in an easily accessible place for emergencies.

“The first alert system in the City of Stephenville are the sirens,” Derrick said. “However, I always recommend the second method of information be a battery powered weather radio. Those are the second fastest ways to get storm information in this area, especially if the power is out.”